Disney Tip: Pay Attention to the Event Descriptions when making a booking – When I was booking the character meals I didn’t pay close enough attention to detail – I thought I was booking a pirate and princess luncheon – which Disney does have by the way – but, by mistake, I booked us for Cinderella’s Royal Table :). This was really an event for moms and daughters – not dads and sons – but Disney was graceful about it and had some male activities during the time.

So – this page isn’t very masculine either – I had to make the best of a very pink and feminine event!  If you look to the spread above you will notice that there is a large folder on the left hand page.  It is actually a picture folder, and if you look below you can see what it looks like open.  On the right hand page, bottom left, you will notice an invitation from Cinderella.  This was actually on the back of the picture folder and I carefully removed the photograph, cut it out, and then put the photograph back in place so that you can’t tell this was done.  I also included the autograph that my son got from Cinderella while at the meal. 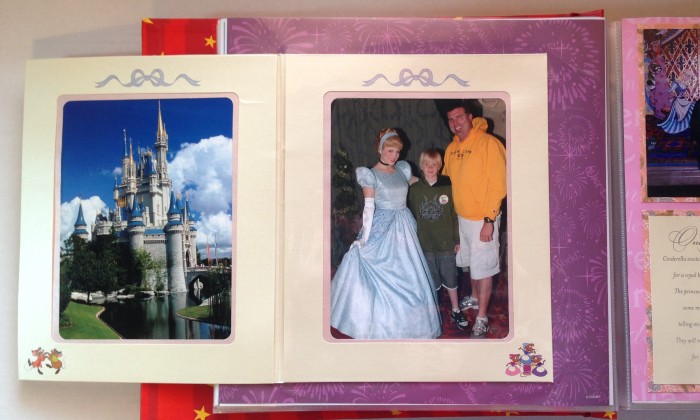 In this view you can see what the folder looks like open.  I carefully cut a slit in the plastic page protector for the folder to slide through so that the picture of us with Cinderella is still under plastic.  I did this by:

Above are pages commemorating the meal and the event.  Since we were men, my son was given a sword rather than a fairy wand for use during the themed meal.  If you have a young son you will understand why the sword was broken before the end of the day!  However this worked out great for the page since I was able to use the sword blade on the page (secured with a ton of glue!)

Disney Tip: Event Meal always include character visits  – which means you can kill two birds with one stone – you get a great meal and your kids get to meet the characters (without standing in long lines) and get their autographs.  I thought that my son would hate this part, but as you can see from the expressions on his face I think he really enjoyed all the attention from these beautiful ladies 🙂 .  When we got home I carefully cut all of the signatures out of the Disney autograph book and placed them along with the appropriate pictures and stickers on this page.  Notice the detailed corner punch that I used for the borders. 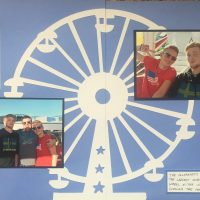 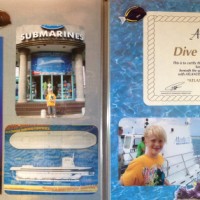 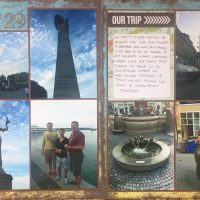 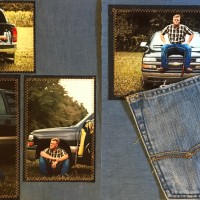 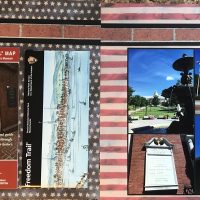