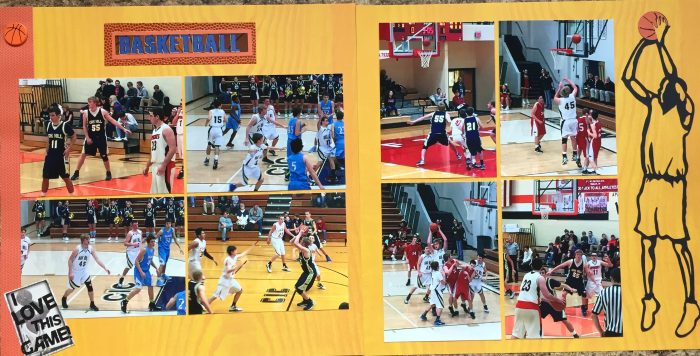 This was my son’s second year of High School basketball so he played on JV and mostly watched the varsity games 🙂 – but the Varsity team won the conference championship which was quite exciting.  There are three spreads in this post, all highlighting the basketball season.  For the spread above I chose pictures from a variety of games and put them all on the same page.  I used a yellow wood grained paper for the background reminiscent of the wooden basketball court floor.   The cutout was done on my Cricut machine, and very carefully glued to the page.

The next spread showcases pictures from the Conference championship game which we won, and includes a picture of my son cutting the net, and also showcases the pieces of the net that he cut down.  To secure these to the page I used a thick thread and tied them to the page by poking holes through the paper and tying them on the backside.  The right hand side of the spread has a pocket which holds all of the programs from the games, as well as ticket stubs from away games. 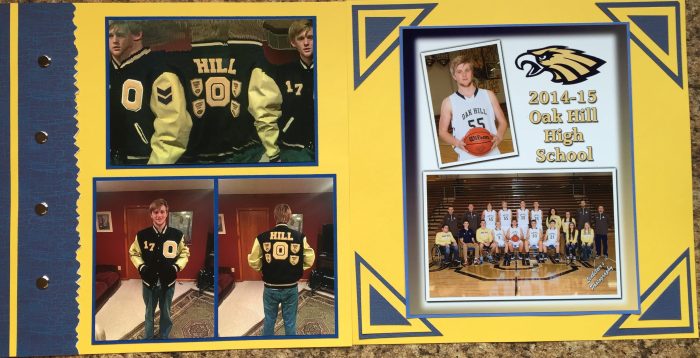 This last spread has a picture of my son and his letter jacket, as well as the official team photo from the season.  I chose yellow and blue colors for this scheme to match the school colors (which are really gold and blue!).  The top left hand photo I took using the panoramic feature of my phone and had my son slowly spin as I moved the camera.  It looks a little weird, but we were able to capture all of the awards on the jacket in one photograph. 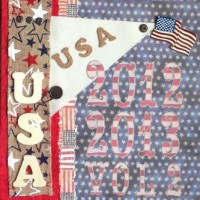 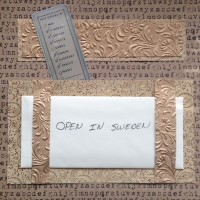 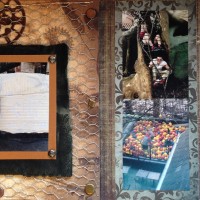 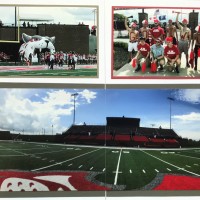