The day after the Colts game we went to the Indiana State Fair. This was actually my first time going to the fair and it was a lot of fun. We got there early, which was a great idea for parking, and for seeing and doing a lot of things before the place became crowded.

This page has so many things on it!  So lets start with the background papers that I used – a bale of hay and burlap!  Both things that make me think of farming – and the theme for this year was “The Year of the Farmer”.  Starting on the left we have the program cover – the book was too thick to put in the album, so I took the cover off and mounted it directly onto the plastic page protector so that the viewer could open it to read it.

Next you have a deep friend Oreo – which was delicious, and a massive pumpkin!  On the right hand page there is a sculpture carved from cheese, a picture of Henry on a tractor, and a picture of Henry with a massive truck, which he thought was awesome.  The coin at the top right hand side was stamped by an old steam powered press, and the paper at the bottom right was from a pad of paper that was given to me in one of the pavilions. 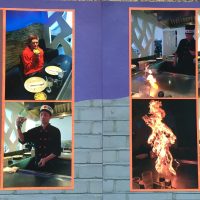 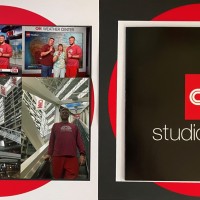 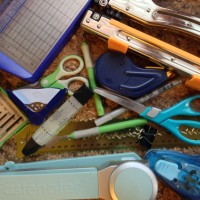