One Sunday afternoon we were bored and we decided to go to a gun range.  I only took one photograph, but we had collected all of the targets and the ammunition boxes, and so I decided to make this spread in memory of that day.

I carefully cut the targets down to 12×12 size, and then mounted them onto red background paper, so that the red could be seen through the holes that we made while practicing.  I cut down the ammunition boxes and double bordered them in red and black to help them stand out on the spread, and also used red to border the one picture that I did take of the event. 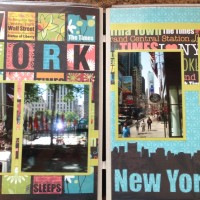 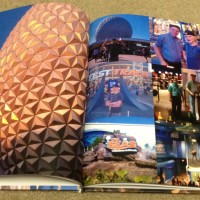 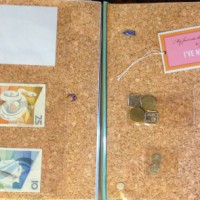