This set of pages chronicles the flight to London and the first few hours I had in London before we started our bus tour.  Because Ephemera is important to me the very first set of pages includes airplane tickets, boarding passes, an underground ticket, and some British coins.  These pages look eclectic, but capture the way my few hours in London felt jet-lagged, rushed, and overwhelming.

You will notice that the underground ticket is covered in plastic, using a Xyron sticker maker, this is because it was not acid-free, and the acid in the ticket could, over time, destroy the surrounding items.  I discovered that the ticket had acid in it using an Acid Test Pen.   I also put the coins in a plastic pocket so that I would not have to glue them down, and anyone interested in seeing both sides of the coins could take them out of the pocket.  This also adds some movement and sound to the page when it is turned. 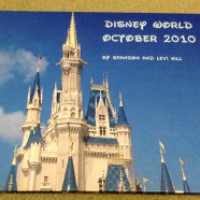