The next adventure that we are going on together is a Cruise to Canada.  My son and I had never been on a cruise before, so we decided to take a short cruise from New York to Halifax and St Johns in Canada.  This was a shorter experiment as I was worried about a cruise for a couple of reasons:

But thankfully, none of this happened 🙂  I used motion sickness oil that you put behind your ears and I was fine – and there was so much to do on the ship that neither one of us ever got bored.

For the Title page I used a pre-printed page with Canada already written on it in white.  I added the black “Canada” which is a laser cut that I bought on eBay.com.  The  date was cut using my Cricut machine.  I found the bagpipes while on the trip, but they are not really meant to be for a scrapbook as it is almost a half and inch thick – but I thought that it would be amazing to have in this scrapbook.

I am looking forward to sharing the rest of the album with you over the next three weeks! 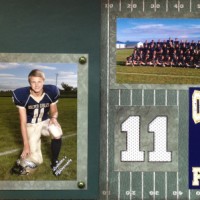 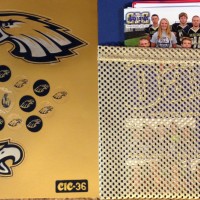 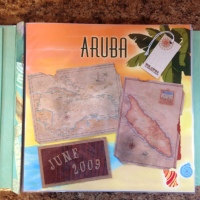 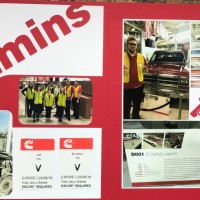